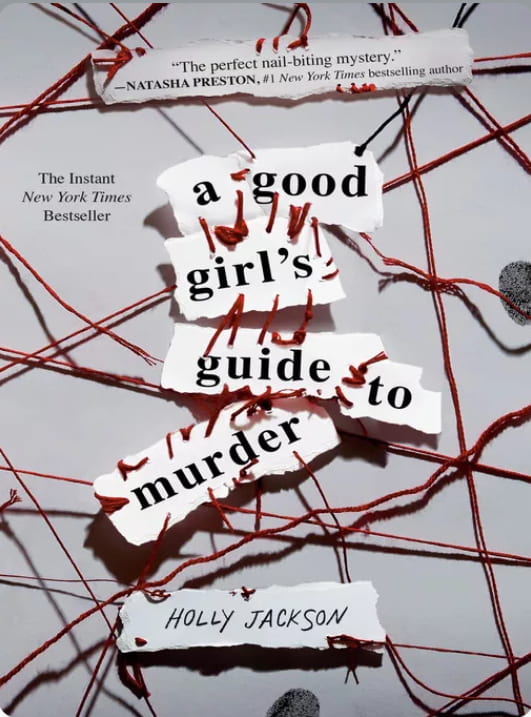 I’ve been reading a mystery book called A Good Girl’s Guide to Murder by Holly Jackson. This book is about a girl named Pip who tries to solve a murder mystery. This book is more of a window and a mirror for me because even though I can’t relate to solving a murder mystery, I do enjoy solving my own mysteries. I usually read books that are windows because I personally like to be in someone else’s shoes rather than my own. I find this more entertaining because it is more fun to experience something in different perspectives than my own. 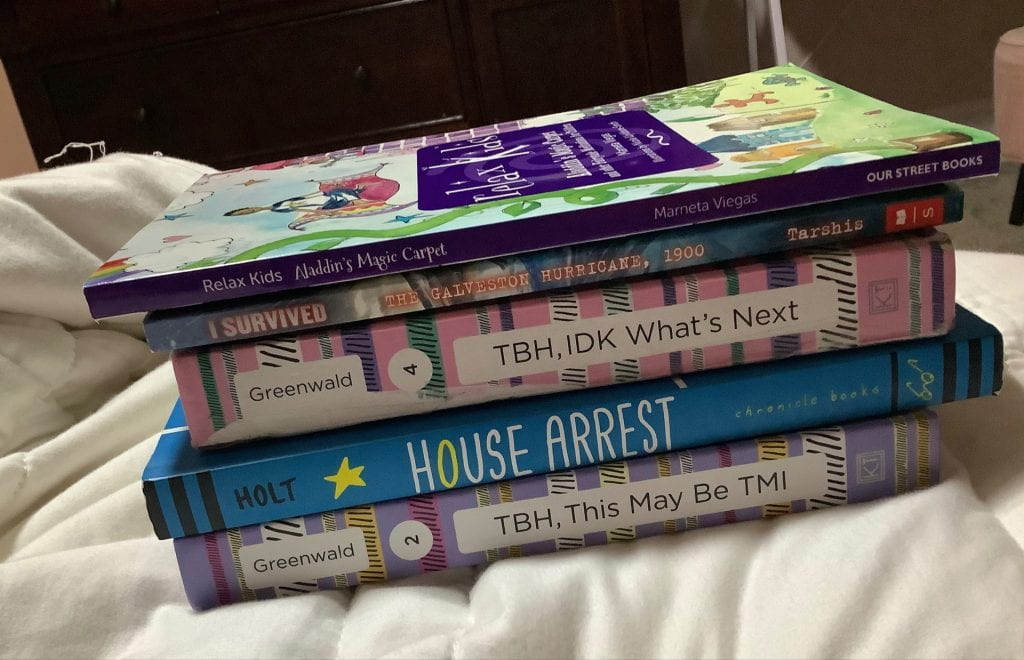 To Be Honest I Don’t Know What’s Next

To Be Honest  This May Be To Much Information 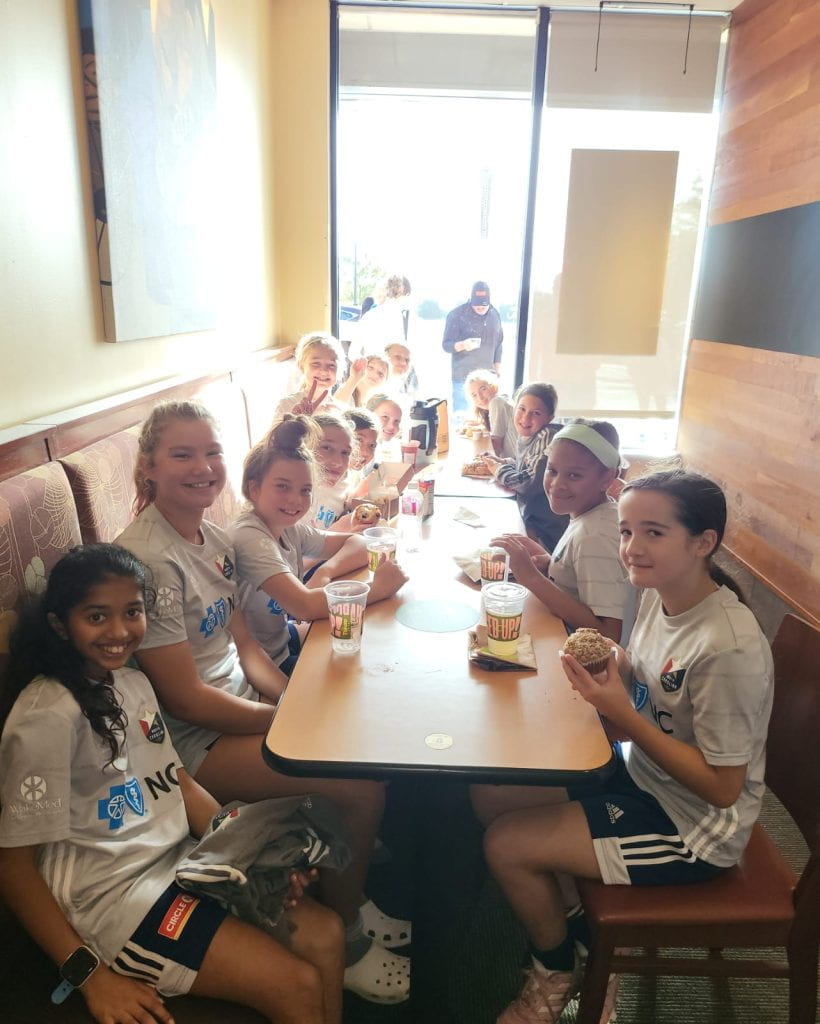 Last weekend I had a soccer tournament. It was so much fun. On Saturday I woke up early and put on my soccer uniform. I had a game at 7. I got in the car and turned on my soccer playlist to get my energy up. When I arrived at the field I saw my coach. I went on the field and met my team. We started our line warm where we do stretches in a line.

When it was time for the game to start I was playing left wing. When the whistle blew my teammate passed me the ball and I dribbled up the field and passed the ball to my teammate Kenna she dribbled up and scored. There was also a goal where the defender scored on herself. This game was extra hard because it was our first time playing on grass (we usually play on turf). We won the game 3-1.

Overall, the tournament was such a great experience and I’m so excited for my next one!. 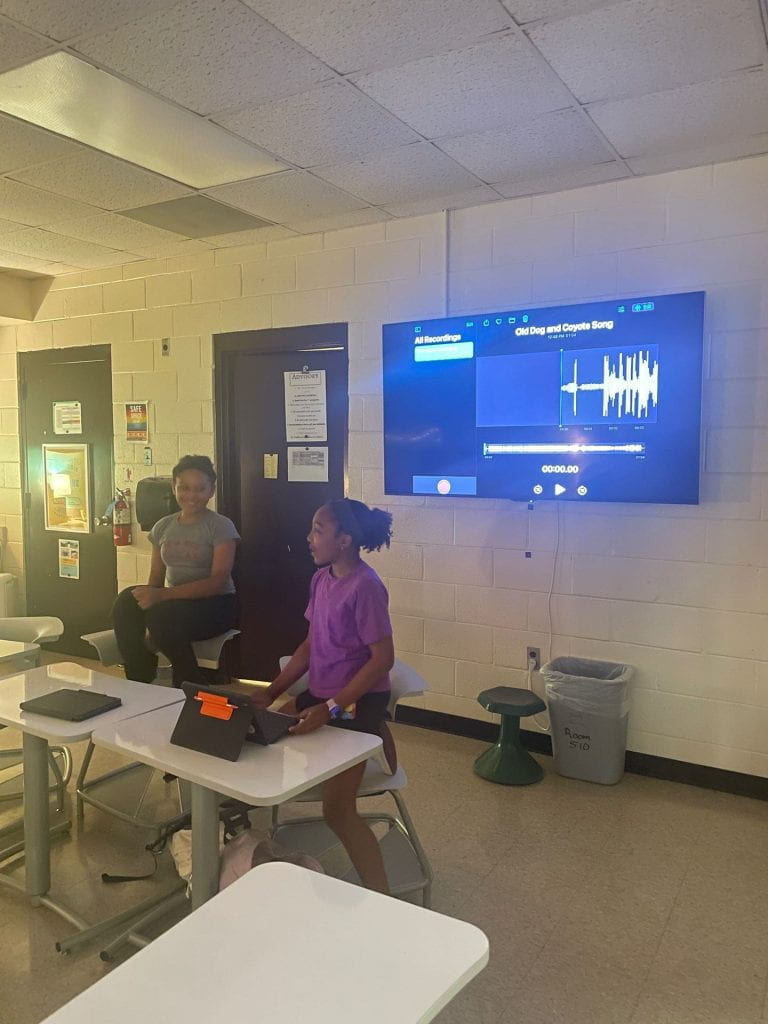 Over the past two weeks me and my friend Quinn were working on our wisdom tale project. The project was picking a story and presenting it in different ways. Quinn and I chose to do a rap. The story we picked was Old Dog And Coyote. Old Dog And Coyote is about an old dog and coyote. One day the old dog made a mistake and his owner kicked him out. The coyote jumped over a cactus and got thorns all over him. The dog felt bad so he used his mouth to pick out the thorns. The coyote and the dog came up with a plan so the owner could see his dog’s worth. The plan worked and the coyote and the dog are now friends.

To make our rap Quinn and I made a beat on GarageBand and wrote the lyrics. These are the lyrics:

The story is Old Dog and Coyote

The old watchdog made a mistake

And his owner got mad and raged

He kicked the old watchdog out

This story also has a coyote

Who tried to jump over a plant that was thorny

The coyote fell, and he was in lots of pain

The dog helped and used his brain

A story about an Old Dog and a Coyote

And help each other until the end

He felt so bad he picked out the thorns

And so the old watch dog was suddenly adored

Because he was useless he stomach growled with hunger

So the coyote devised a plan

Sneak into the coup and scare the chickens

Their act continued until the watchdog died

But the dog got fed and lived a good life

A story about an Old Dog and a Coyote

And help each other until the end

After we wrote the lyrics we recorded our song and showed it to the class. This project has been so fun and I’m proud of how it turned out. 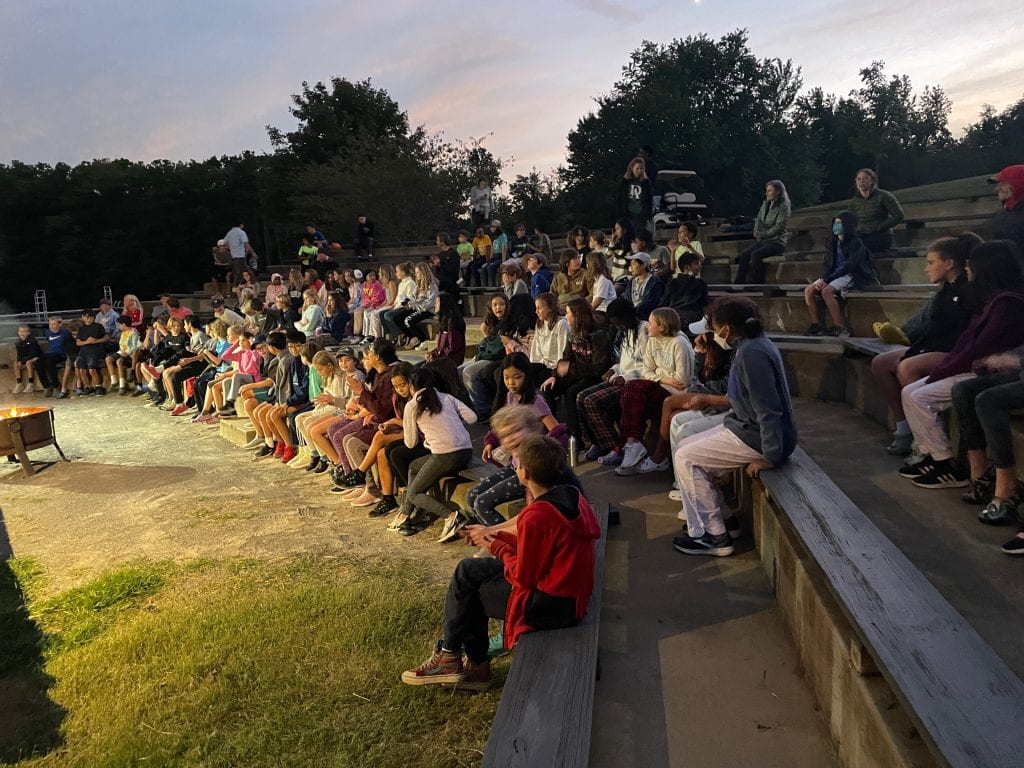 Last Thursday the class of 2029 went to Camp Hanes. It was so much fun. On Thursday morning I woke up, grabbed my luggage and went to school. Around eight I loaded my bags on the bus and got on. The bus ride was around 2 hours. This trip was extra exciting because it was my first trip from Covid. I sat next to my friend Kendall and we ate chips. At first the bus ride felt like it was going by fast, but as we got closer and closer to camp the bus ride was becoming more and more slow. When we finally got there I grabbed my bags from the bus and lugged it to the gym. Then I went to a conference room and found out our cabin assignments. After finding out our cabin assignments I then grabbed our stuff and pulled it up a hill and into our cabin. When I got to the cabin I unpacked my bags and found my activity group. I was in group five and my group was hiking.

Before the activities started we had lunch. My activity group did hiking first then we did archery then we did rock climbing. Hiking was my favorite activity because it was so much fun to use the ropes to get up the steep hills. Although. sometimes the hike was hard. The view was so worth it when we got to the top.

This trip was so amazing and i’m so grateful Durham Academy gave us the opportunity to go. Even though some of it was ruined because of the hurricane I still had a blast. This trip was an amazing bonding experience and I’m so glad I went. 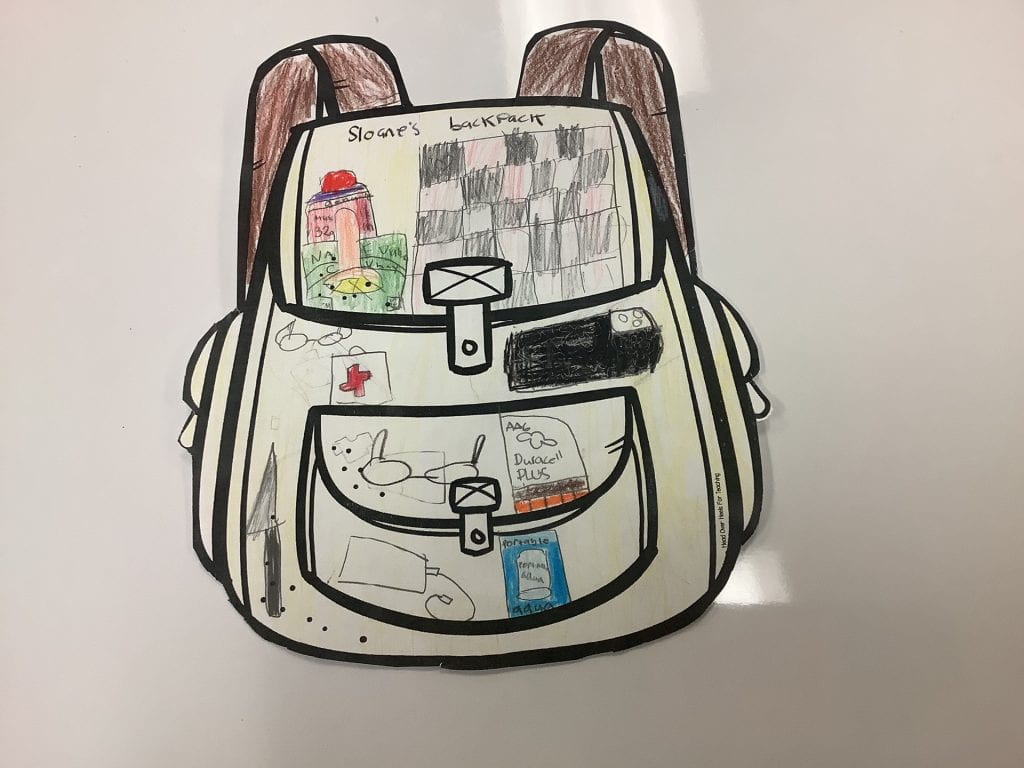 In the book Finding Someplace, the main character Reesie is packing a backpack for a hurricane. She needs to be smart and quick with what she brings. Some things Reesie brought were important papers and a phone. If I were in Reesie’s situation this is what I would pack.

To keep me safe I would need all of the essentials. I would pack: a blanket, flashlight, granola bars, protein powder, water filtering pills, portable charger, batteries, phone, first aid and goggles. To wherever I was going, I would wear a swimsuit and a life jacket. If the electricity ever went out I’d have a flashlight. The phone could be used to call 911 and the batteries for the flashlight. I would also bring a knife for self-defense so my backpack doesn’t get stolen like Reesie’s. Another thing I would bring is a change of clothes in case mine gets wet. This is everything I would bring in my backpack!

Back to top
Skip to toolbar